Shopping Cart
Your Cart is Empty
Quantity:
Subtotal
Taxes
Shipping
Total
There was an error with PayPalClick here to try again

Thank you for your business!You should be receiving an order confirmation from Paypal shortly.Exit Shopping Cart

What form then for an arbitrary and subjective collection of image and object? The cabinet of curiosities, which displayed not only the histories of the objects within them, but which gives us an intriguing intimation of the personality who compiled them, was a form which fit with compelling surety. But rather than the evidence of a natural history, this cabinet would be filled with images and created objects which are an admixture of both a real and imagined past, painted in light and shadow to reflect the points of recollection that mark the landscape of the past.

These objects are collected in a black timber tower, its form reflecting the arbitrary nature of its contents, and built to sit within a glass and copper cabinet, two metres tall and mounted on cast-iron wheels.

The cabinet, along with a series of small sculptures and film, was exhibited at Sheffer Gallery Sydney in December 2015. 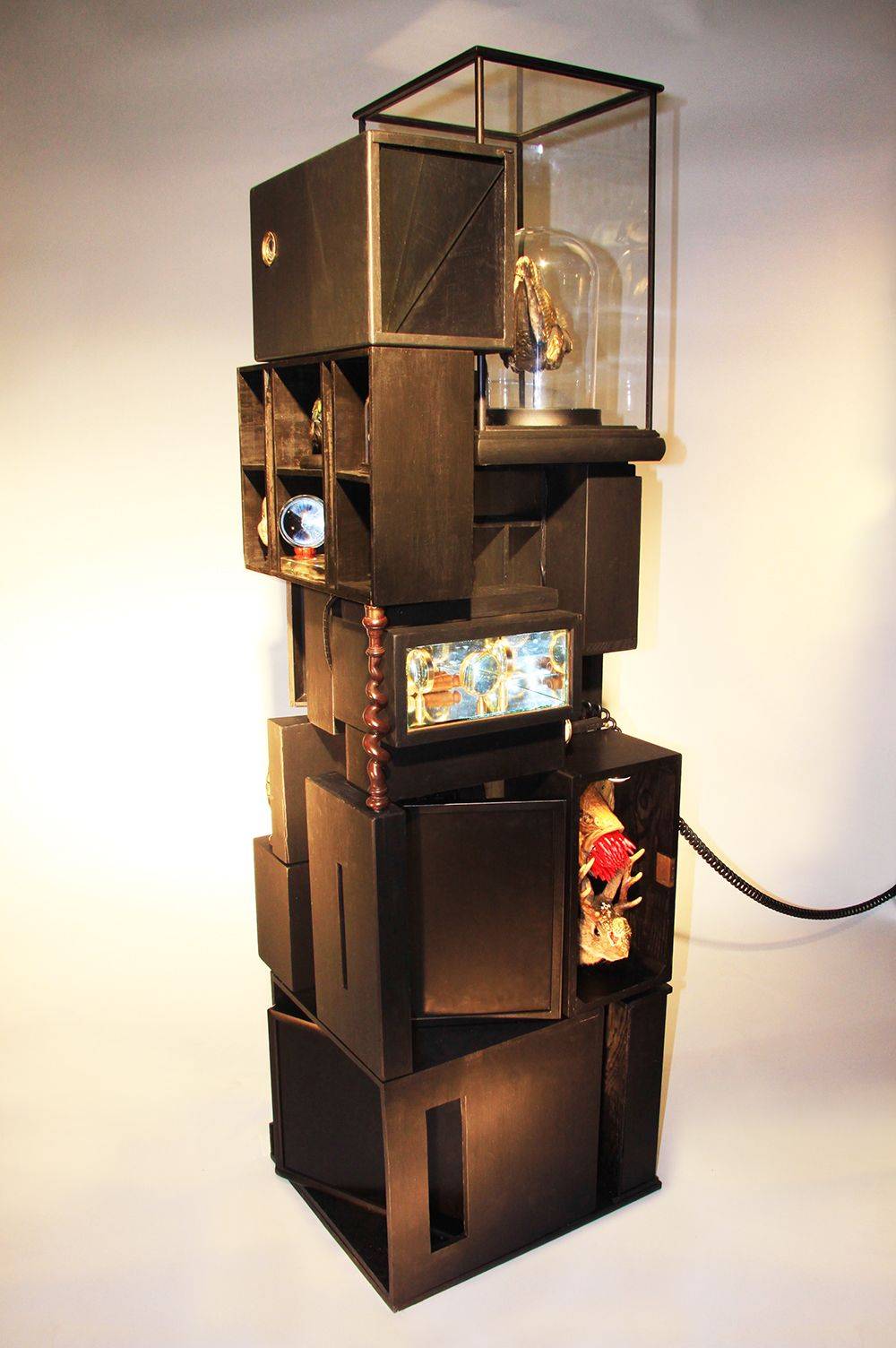 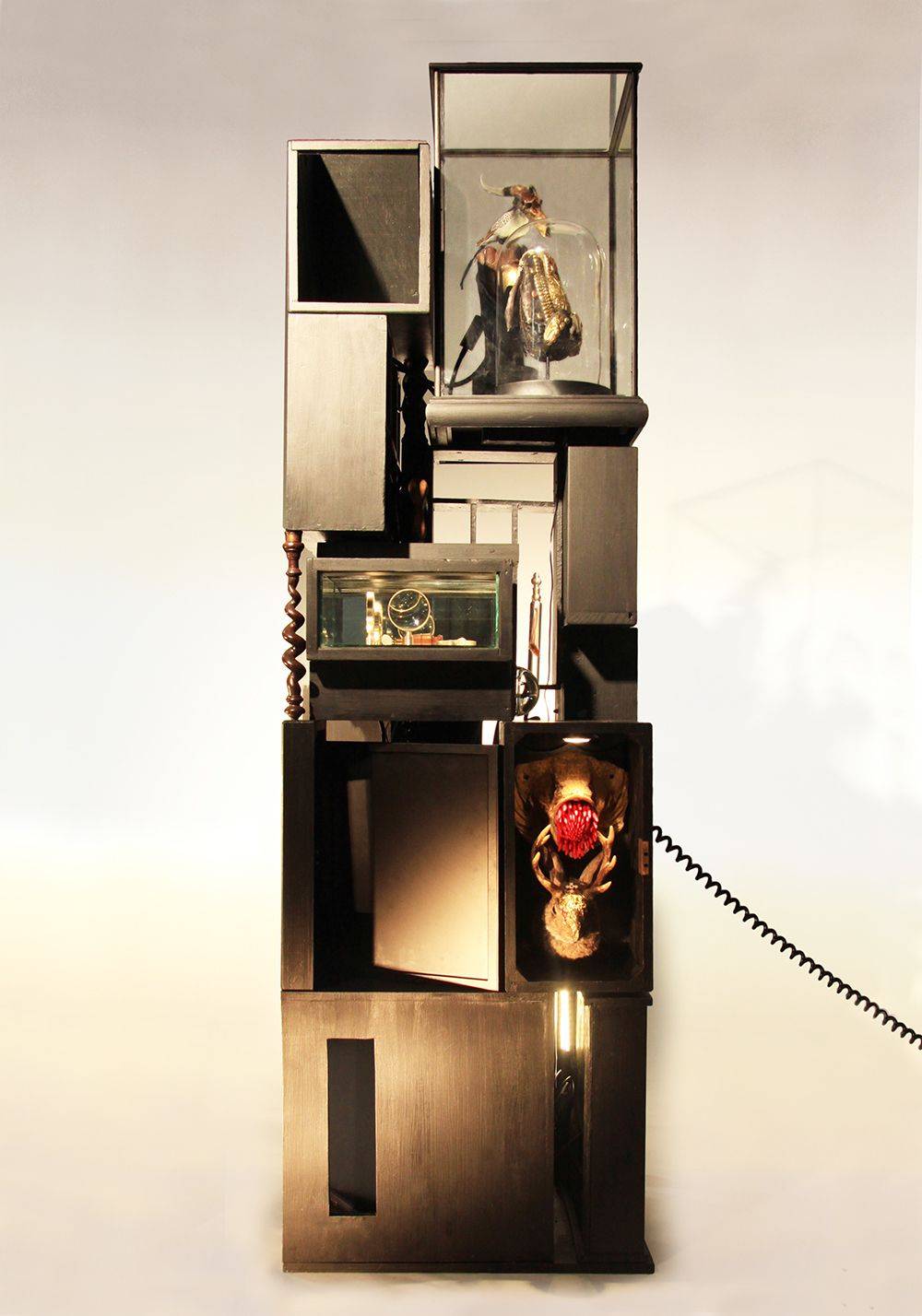 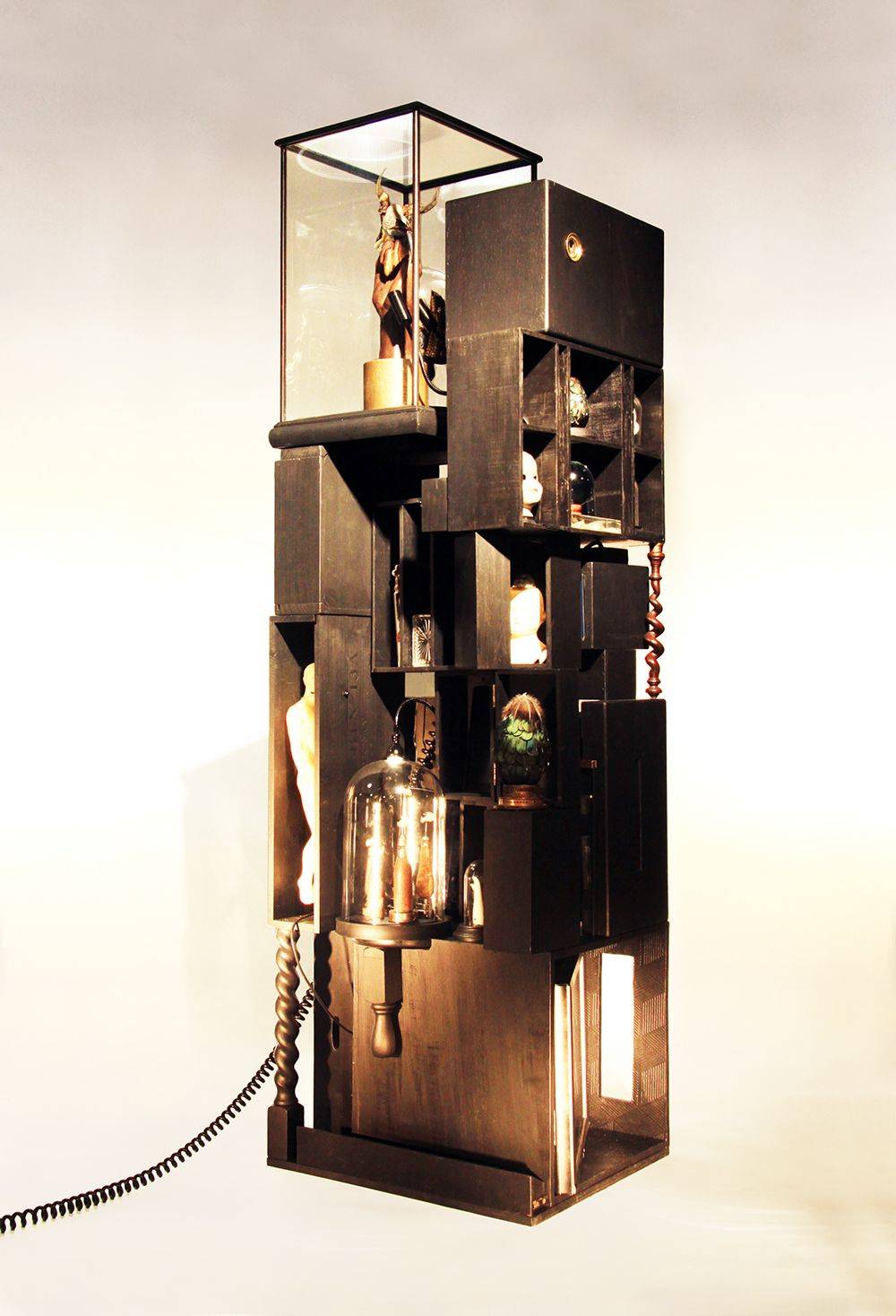 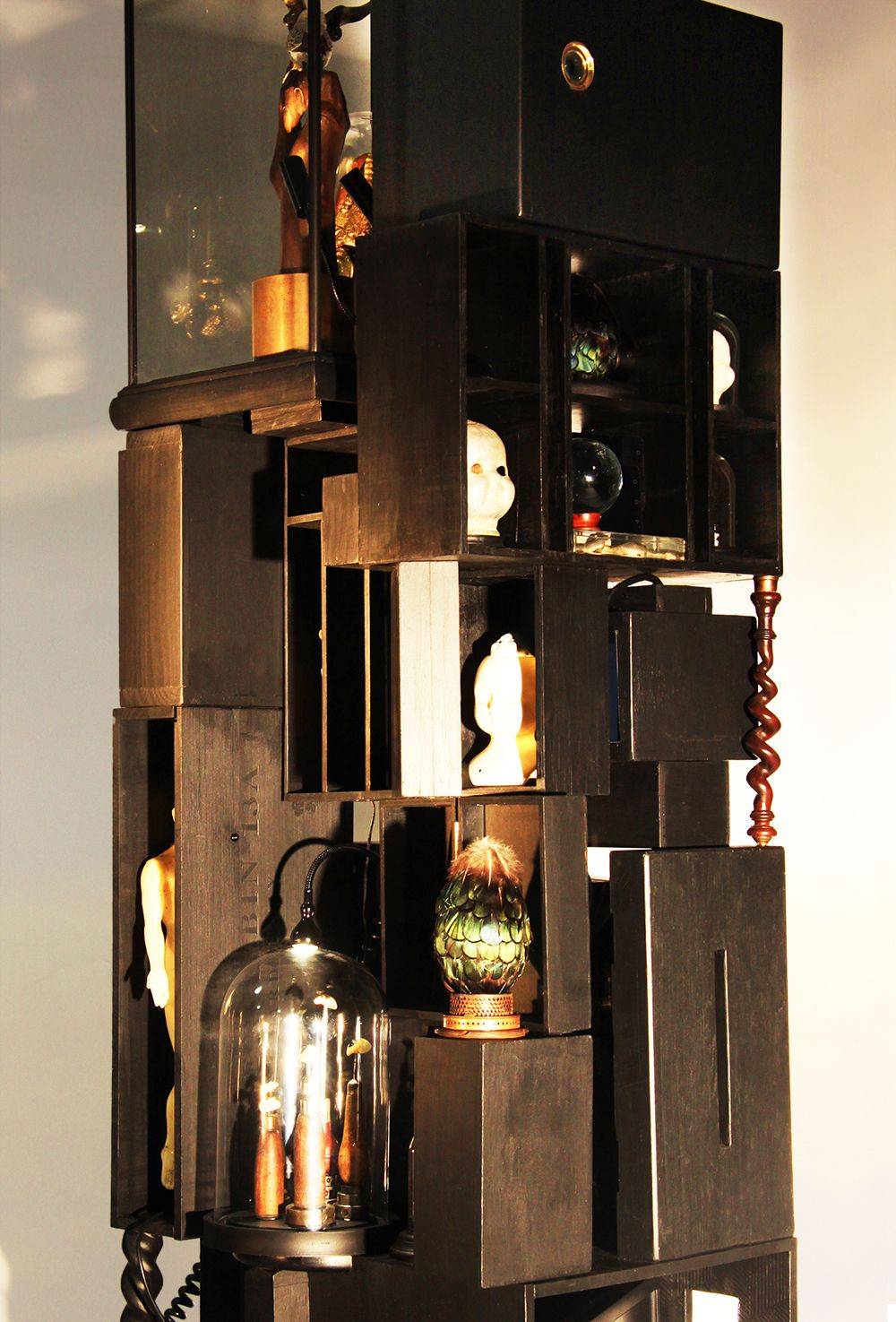 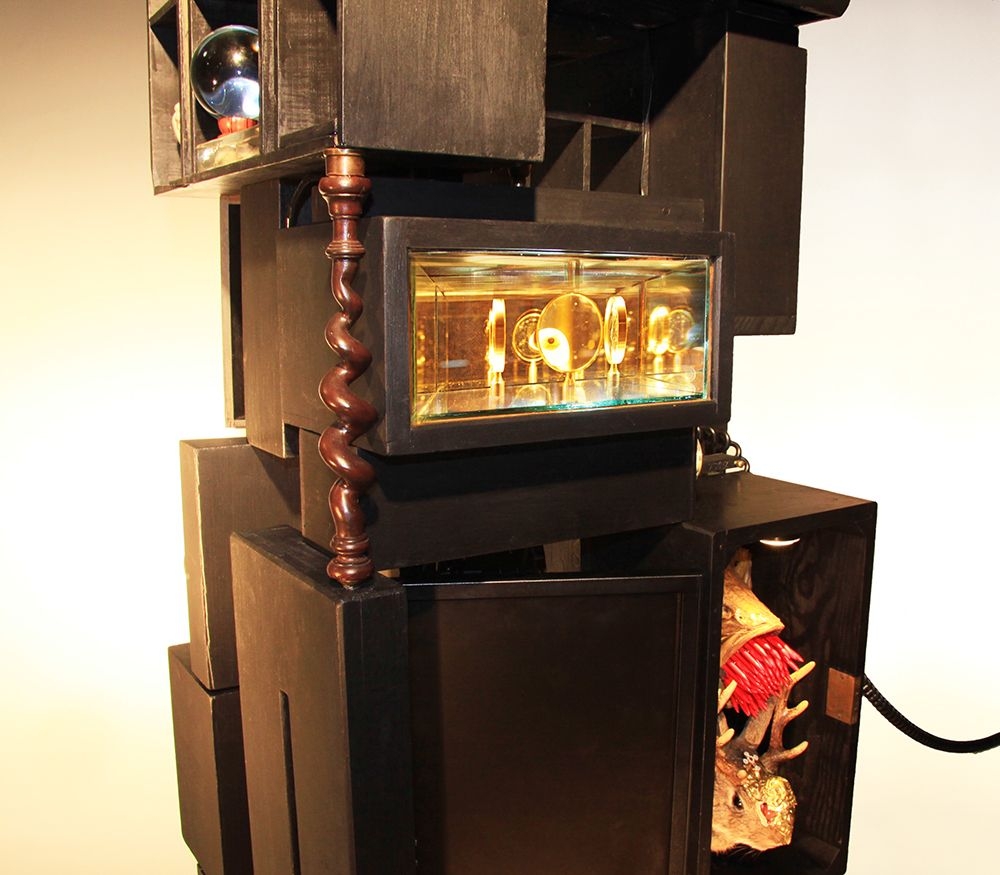 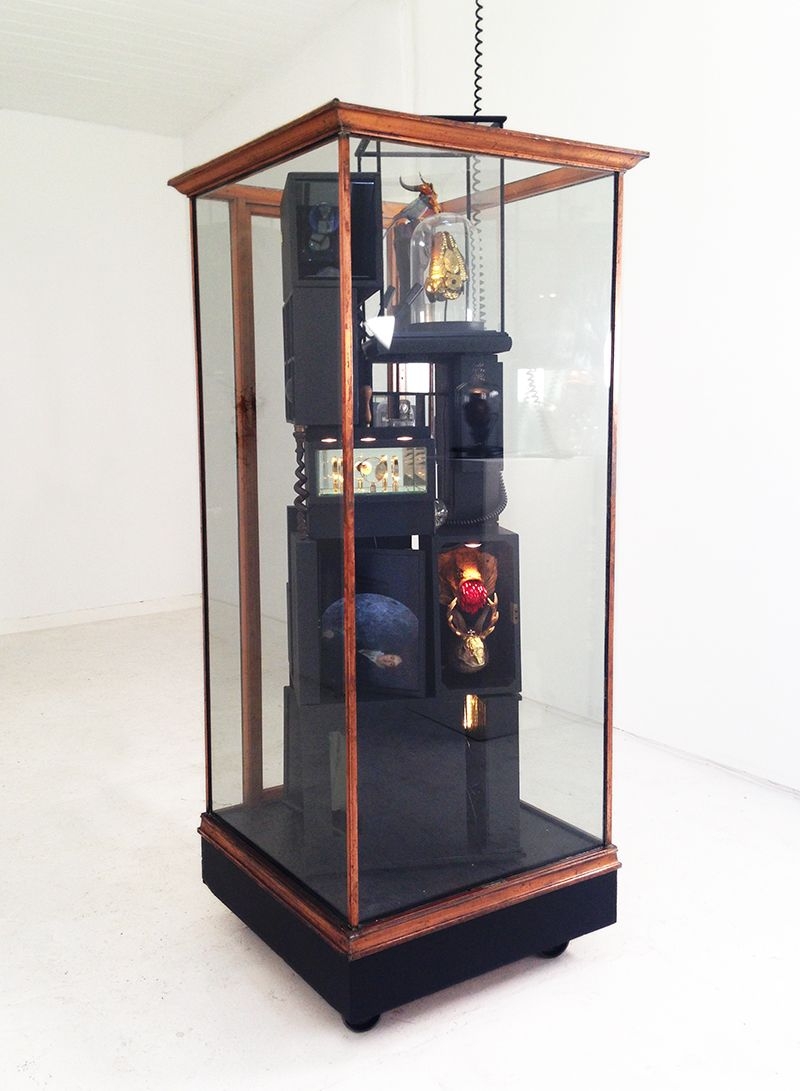 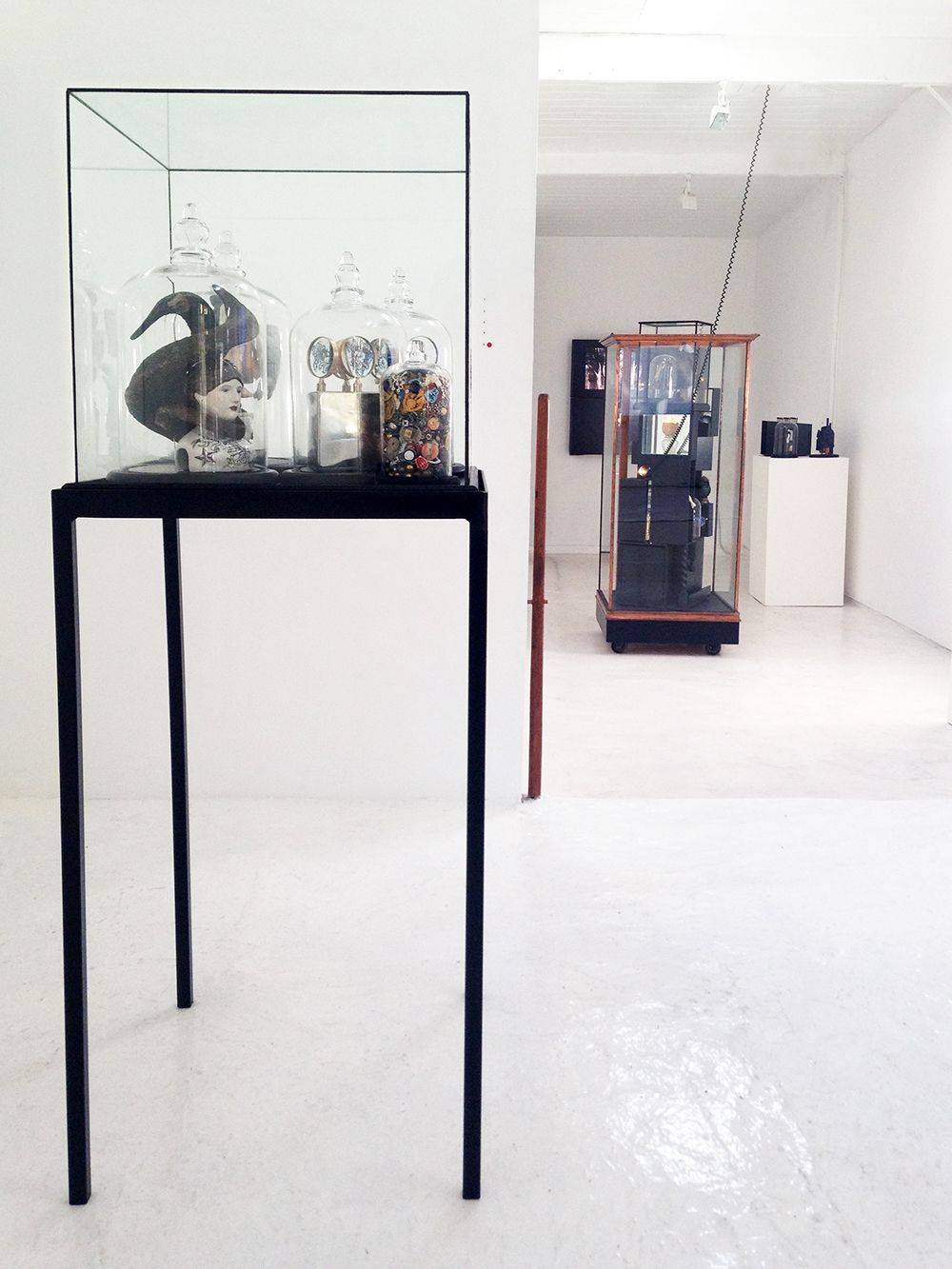 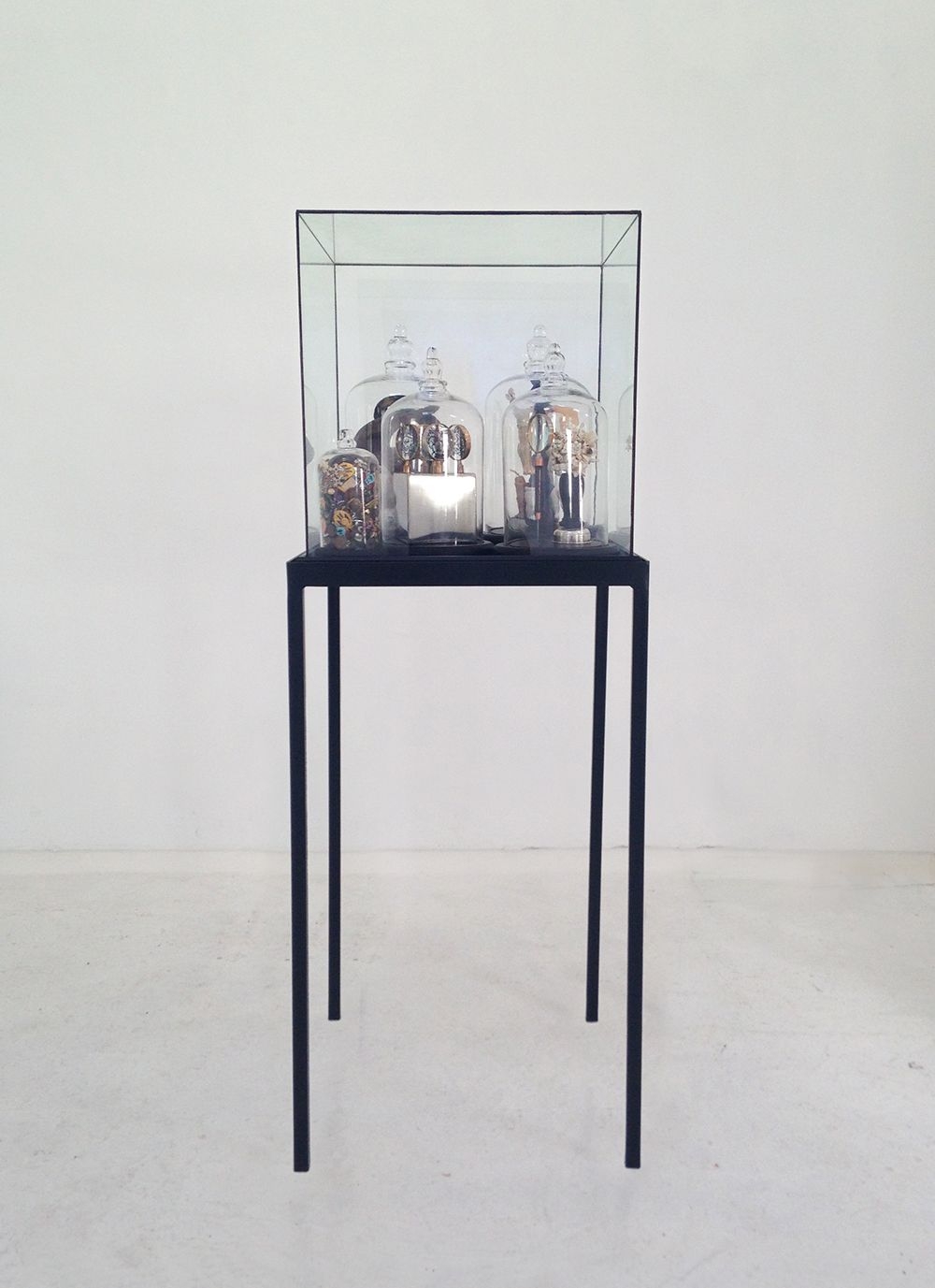 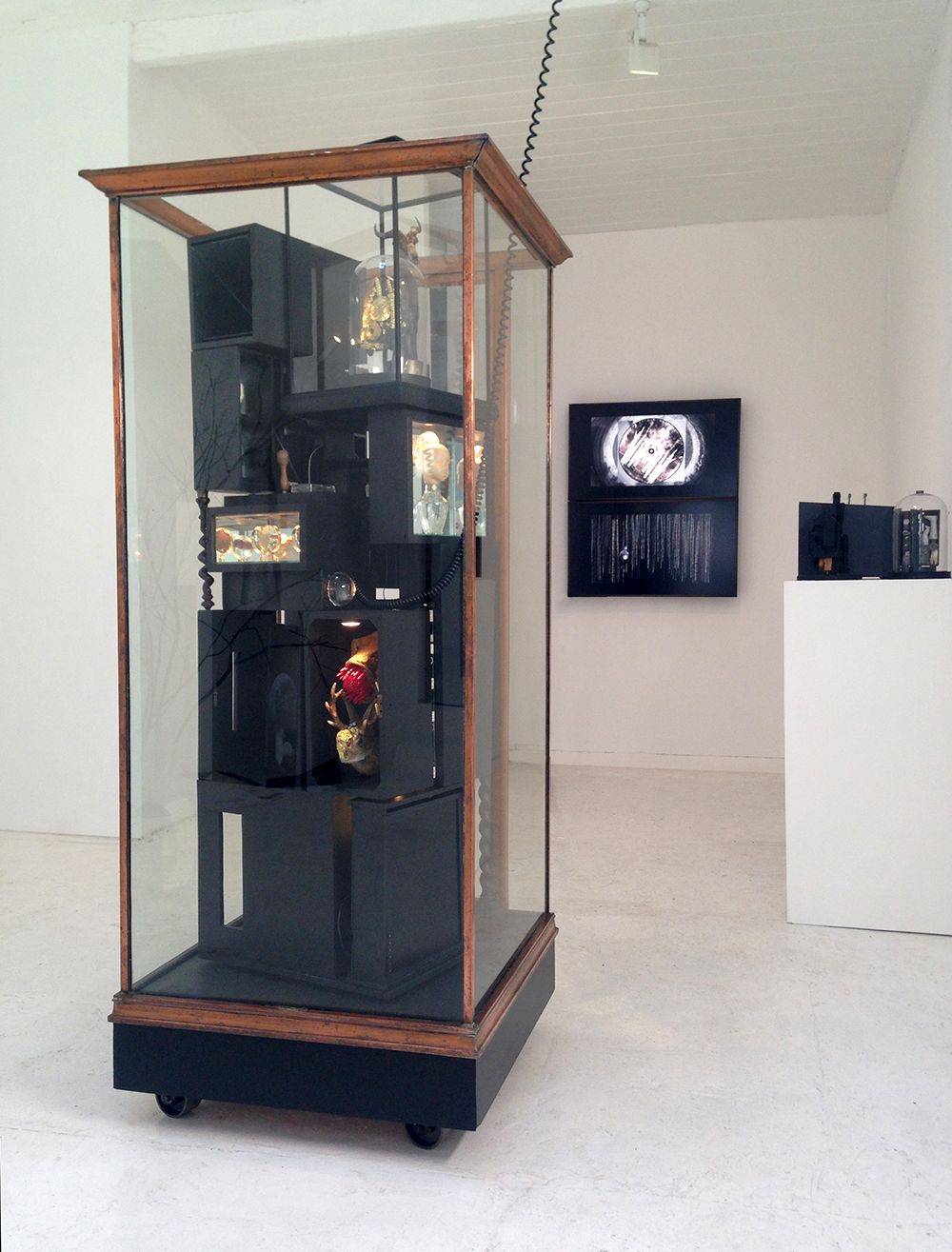 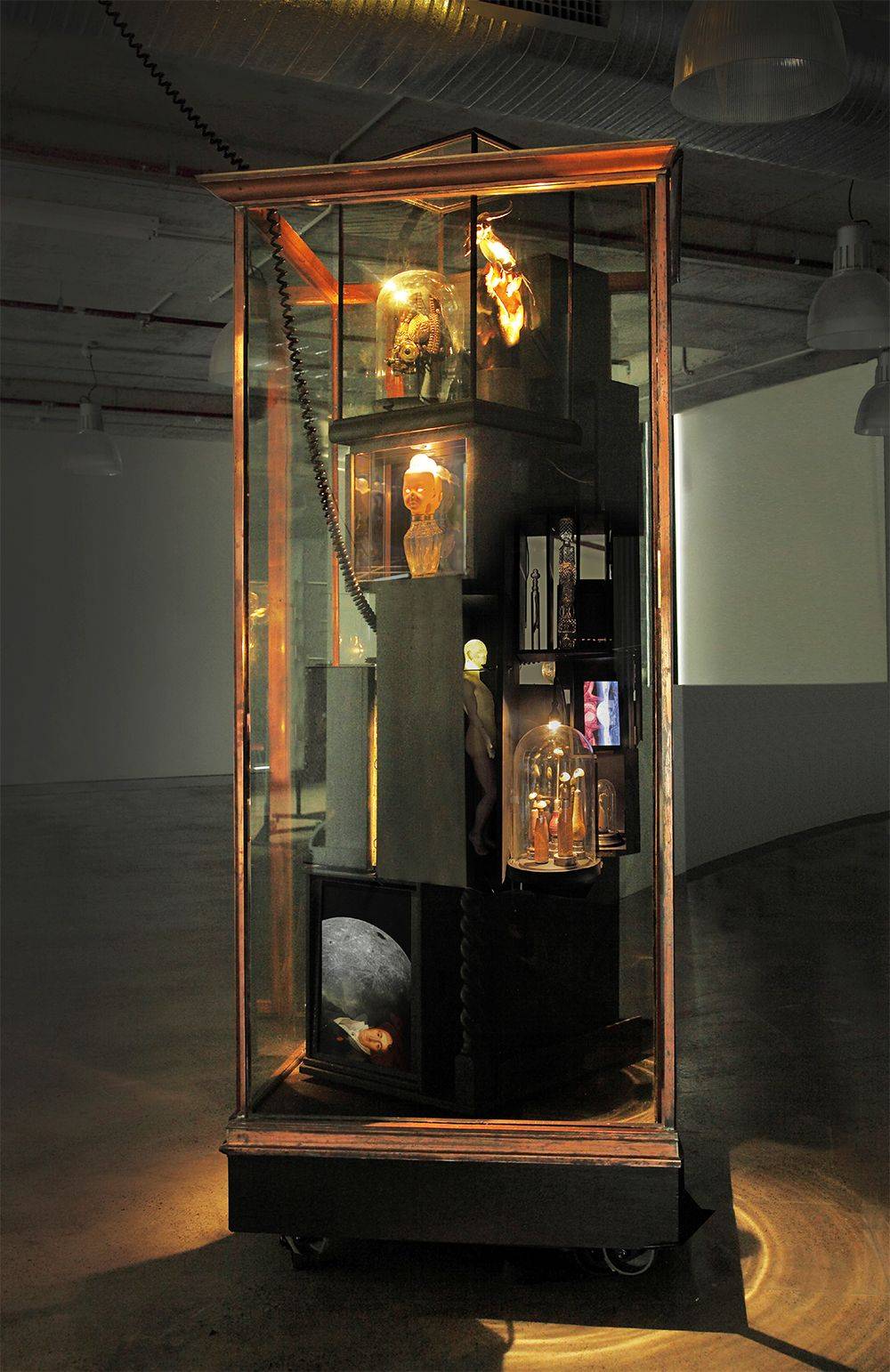 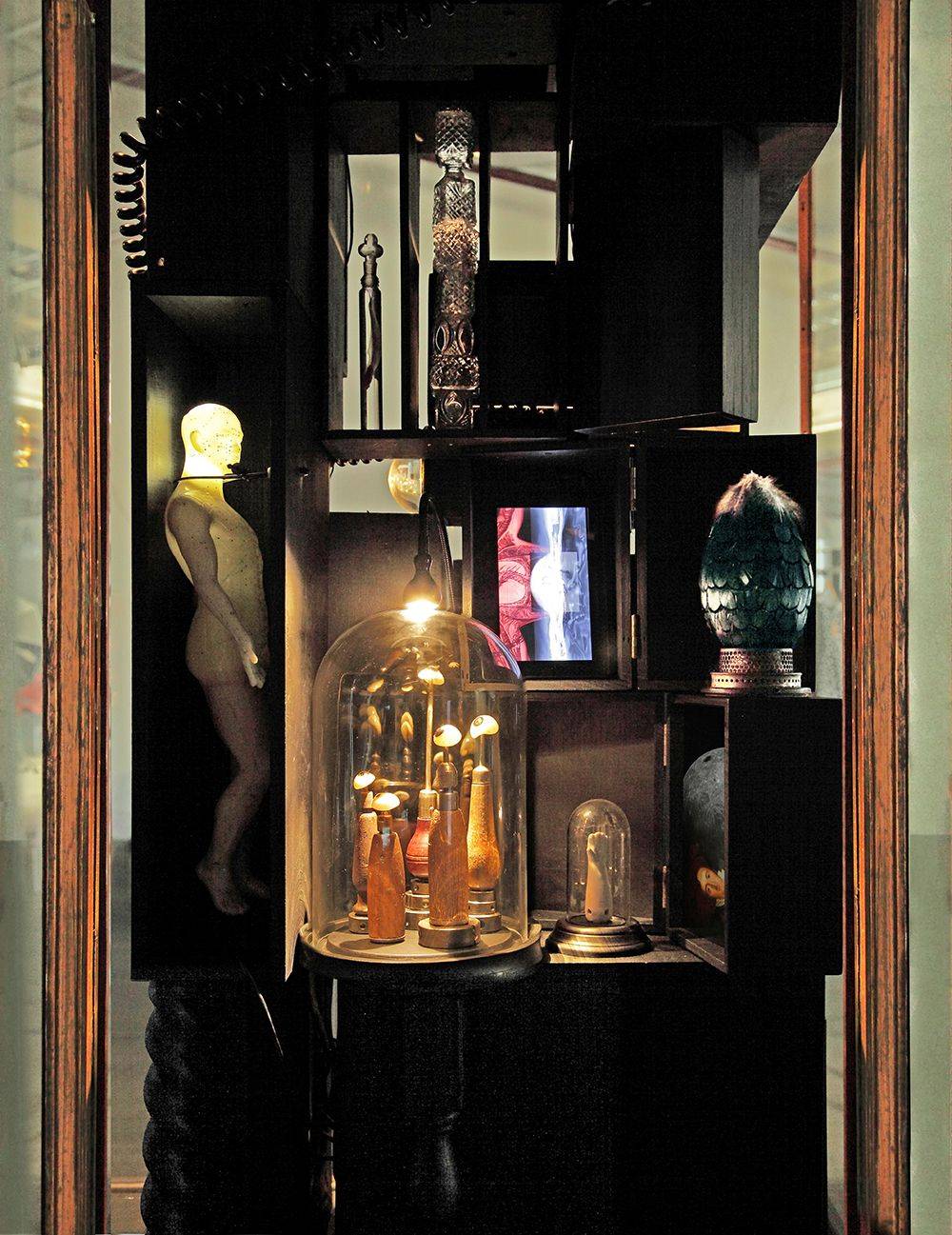